The red wolf is listed as an endangered species under the federal Endangered Species. Historically, red wolves once numbered in thousands.  They ranged from Pennsylvania to Florida and Texas.  By 1970 there were less than one hundred red wolves living in a small area of coastal Texas and Louisiana.  To save the species from extinction, all the remaining red wolves were brought into captivity.  Only 14 of these animals were considered true red wolves and they became a part of the captive breeding program.

We visited the Wolf Conservation Center at South Salem, NY this weekend. Nadia had no clue where we were headed. When she was seated in the visitor center and saw all the wolf pictures she started getting suspicious. Her eyes were big with excitement when she figured it out.

We met the ambassador gray wolves Zephyr, Alawa and Nikai. Zephyr is the alpha and is a real sweetheart. 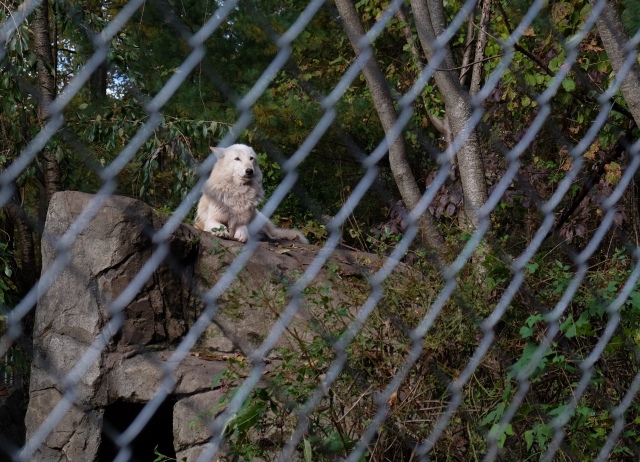 Here is a video of Zephyr howling in response to our howls.

Nadia asked so many questions. She was rather disappointed to hear that to volunteer you had to be a minimum of 16 years old. She has been reading and writing about Wolves at home for 2 months now. A lot of research has been ongoing. She was quite surprised to learn that wolves are actually crepuscular and not nocturnal. “We have to update my notes”, she said 😄

The ambassador wolves are the only ones that we get to visit at the conservation center. The rest of their 49 wolves are wild and have no human contact. Only once a year they meet a human for their health exams. The hope is that these wolves will make it into the wild some day. There are so many risks in the wild, especially of poachers. However as the volunteer at the center put it…”a few days of freedom is better than a life of captivity” 💕

If you are interested in seeing how the wolves behave and interact here’s a link to their webcam. 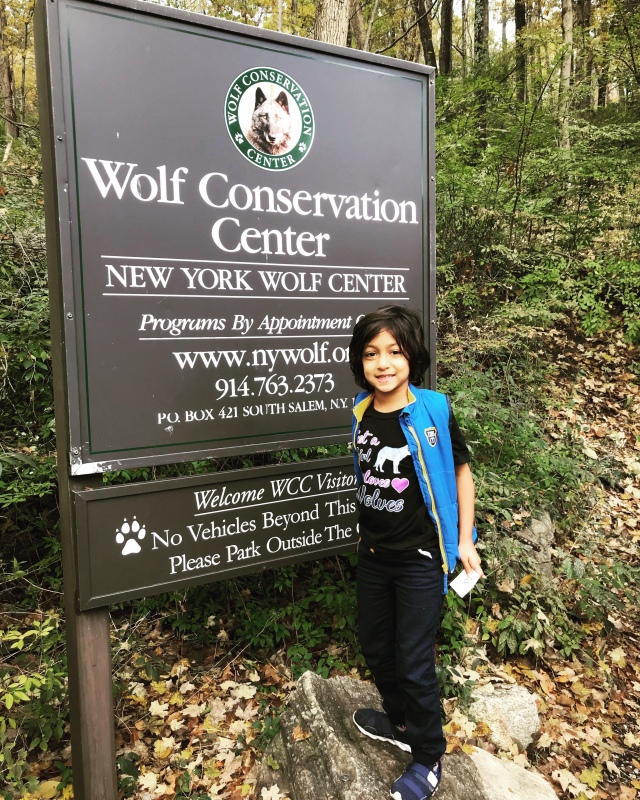 Hand made toys are the best…here Nadia is working on a pirate and mermaid scene using felt. 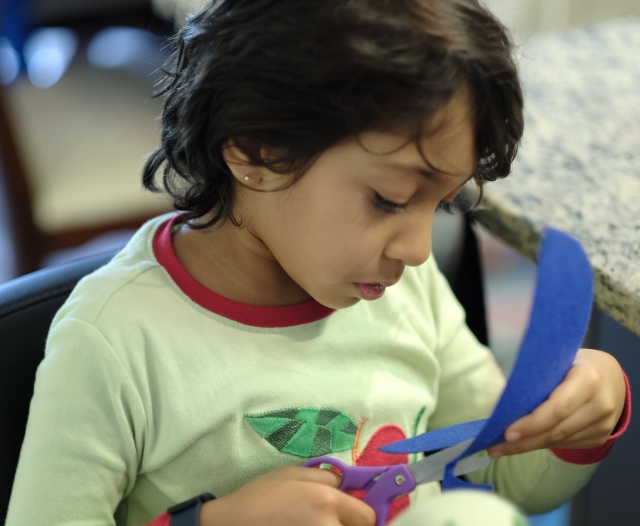 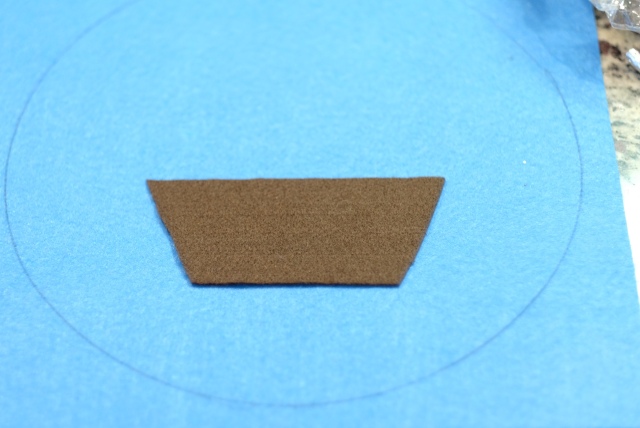 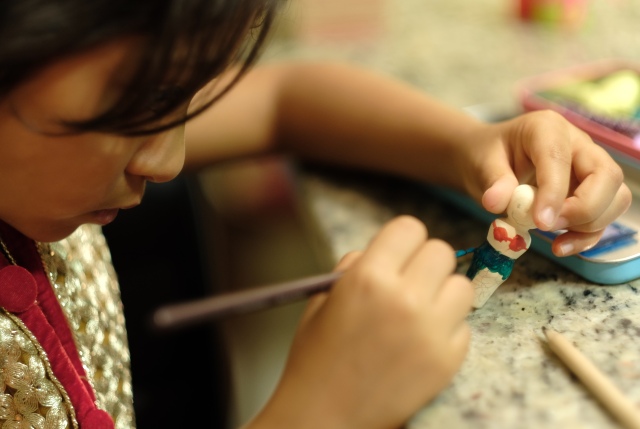 And then playing and seeing her stories take shape…

The dolls are so cute! 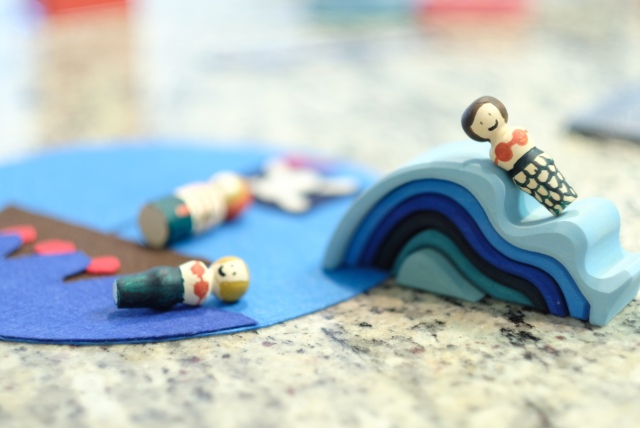 The story goes like this…a pirate sailing the high seas, meeting mermaids and finding a chest of treasure…sunsets and adventure 😃

Making further additions to our Halloween display…inspired by Day of the dead we painted some peg dolls.

We painted a witch next and made a hat and cloak for her with felt.

Looking very cool with the day of the dead masks we worked on a different day.

Here’s the final display. My camera battery was charging as we worked so I could not take any pictures while Nadia made these items. 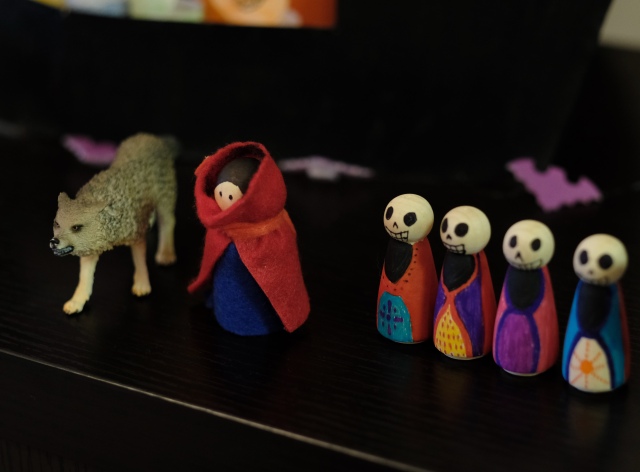 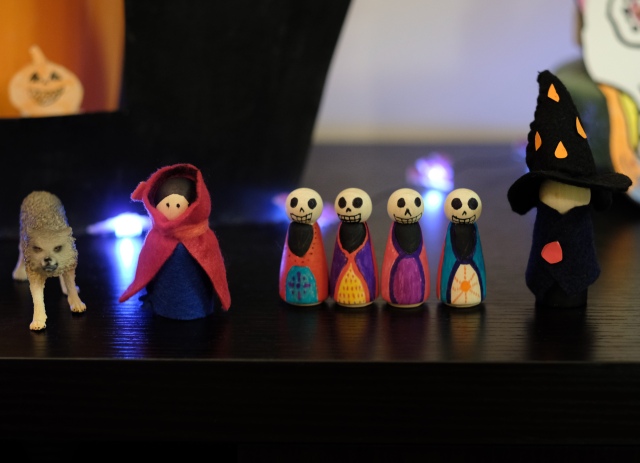 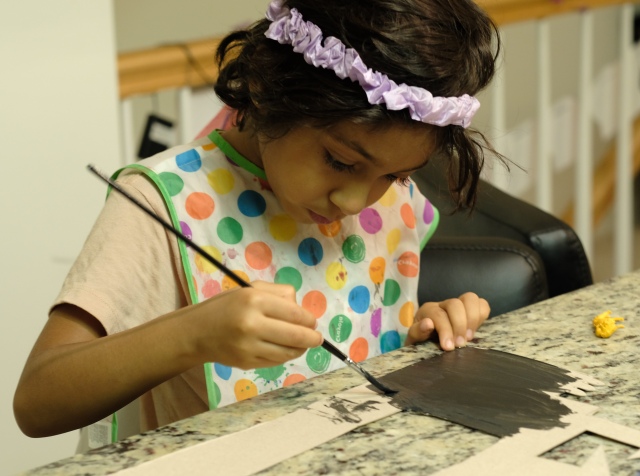 It made it to our Halloween 🎃 display table for this year

We had a lovely evening listening to Nadia’s scary tales 😃🎃

Have a great week,

Paper toys and more paper toys…thanks to Made by Joel I found this cool circus performer on a unicycle.

We used the template and Nadia cut out and colored the parts. 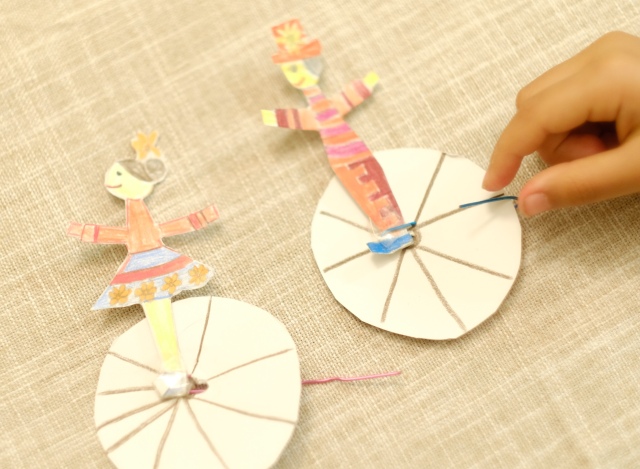 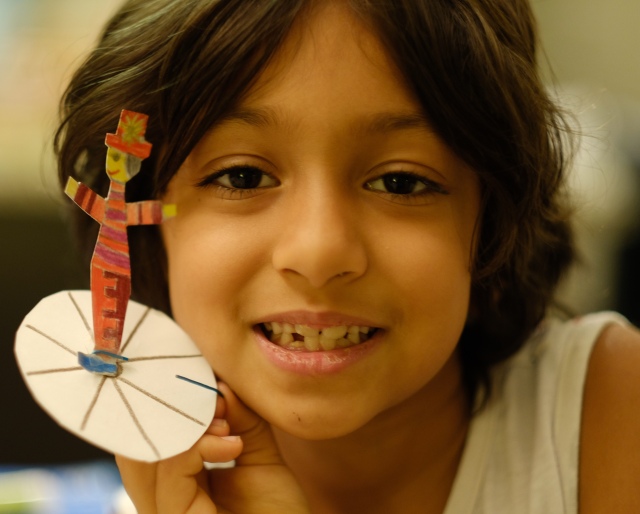 We did run into some technical difficulties getting the paper toy to function, but Nadia kind of figured this out on her own.

It was a fun pre-bedtime activity 😃

Lately I have been focusing on providing Nadia with a lot of free time to play. Allowing time for unstructured play is very important in feeding the creative mind. This is where the creative ideas come flowing in…

She cut out the materials and sewed them herself…with some guidance from me when she asked for help. 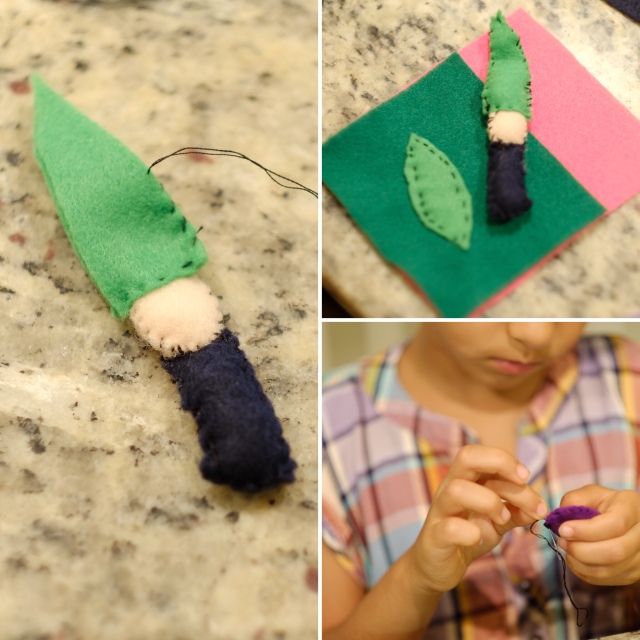 Once the elf and his sleeping bag was ready …she moved on to playtime. Most of these items below have been made by her. The lovely mushroom fairy house was made at summer school in Montessori. She shaped, baked and painted it all herself.

Isn’t the elf in his sleeping bag cute? He is camping out under the stars tonight. 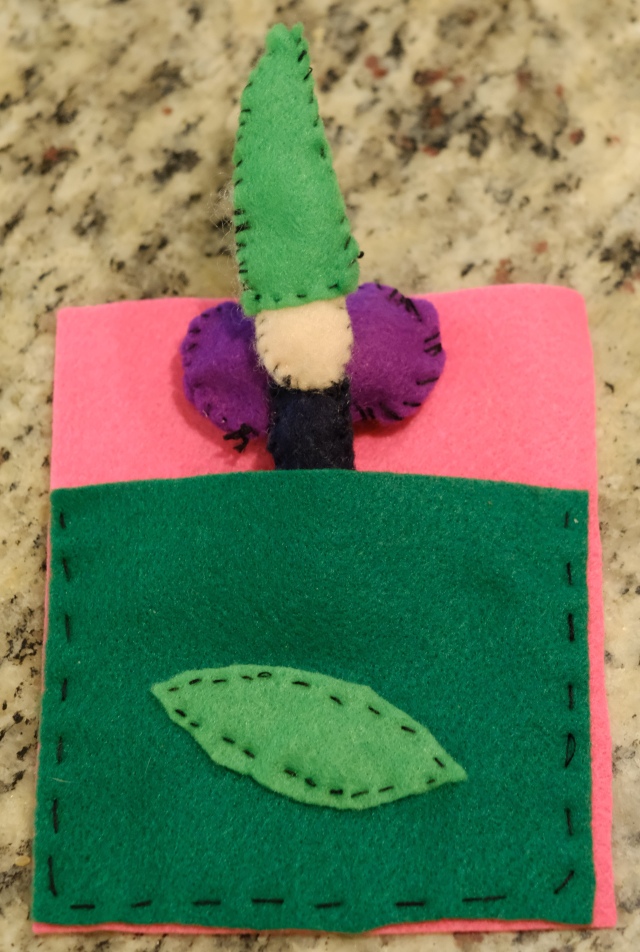 Imagination…story building all coming together

Of course I joined in the fun too 🧚‍♀️ 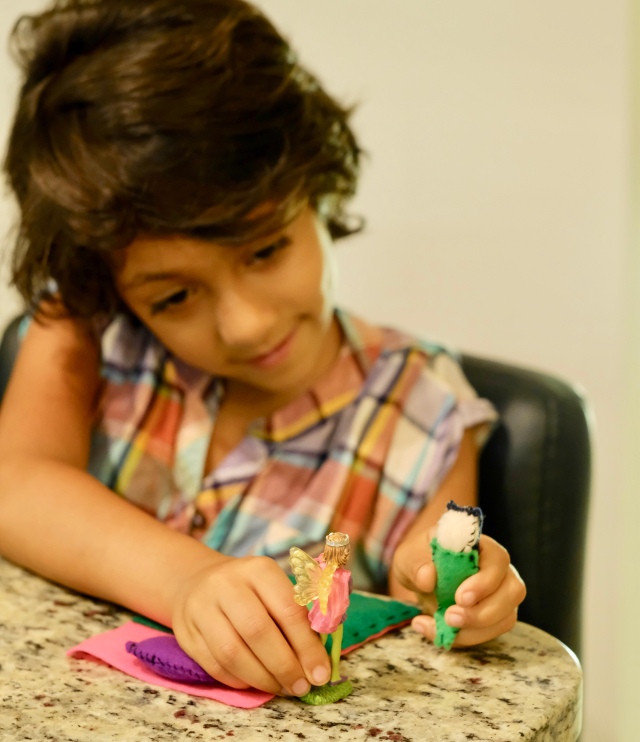